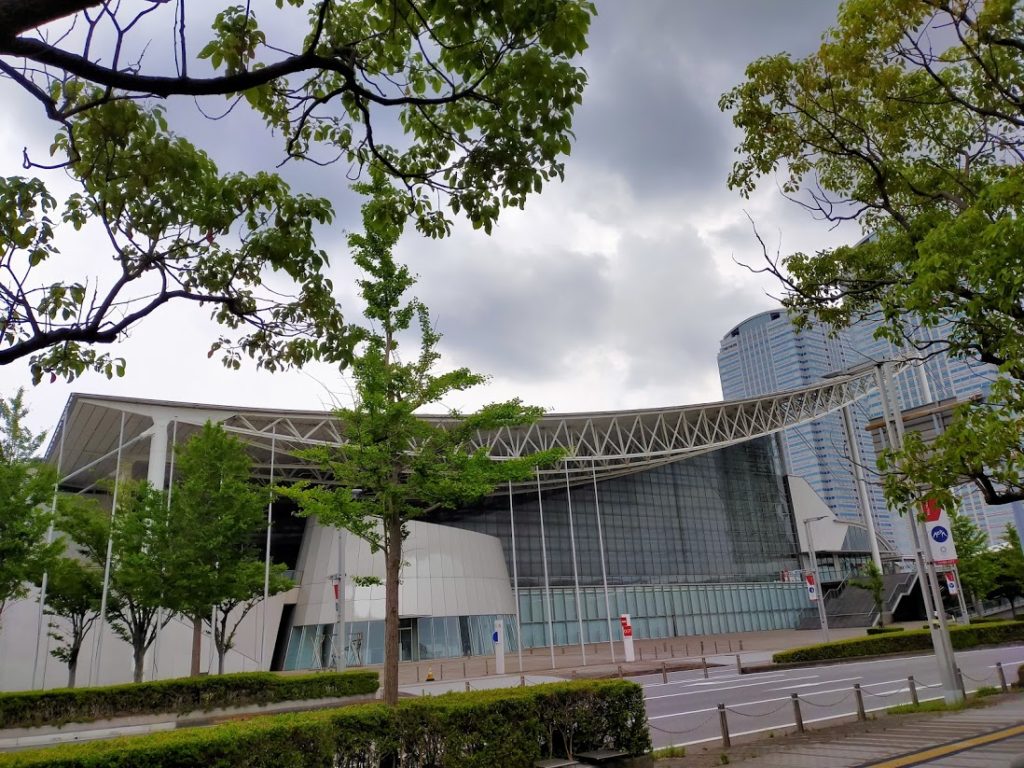 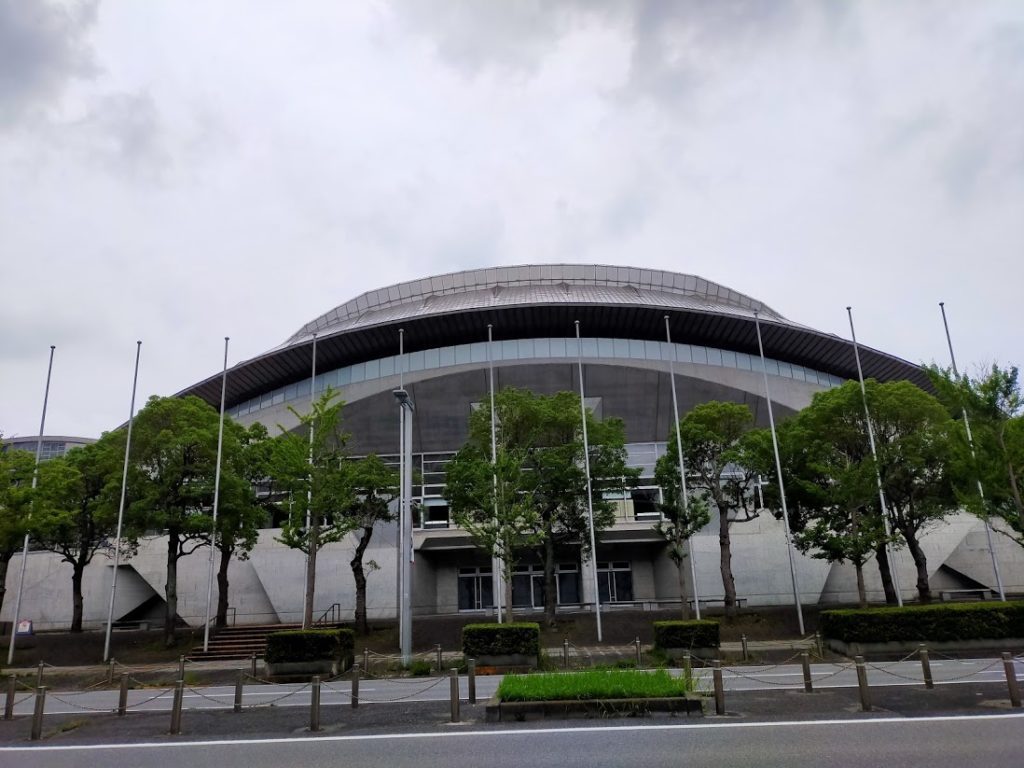 Makuhari Messe, Hall 1-8 waiting for flying national flags
Opened in 1989 international exhibition hall 1 to 8 was constructed in the image of the mountain of Boso peninsula. 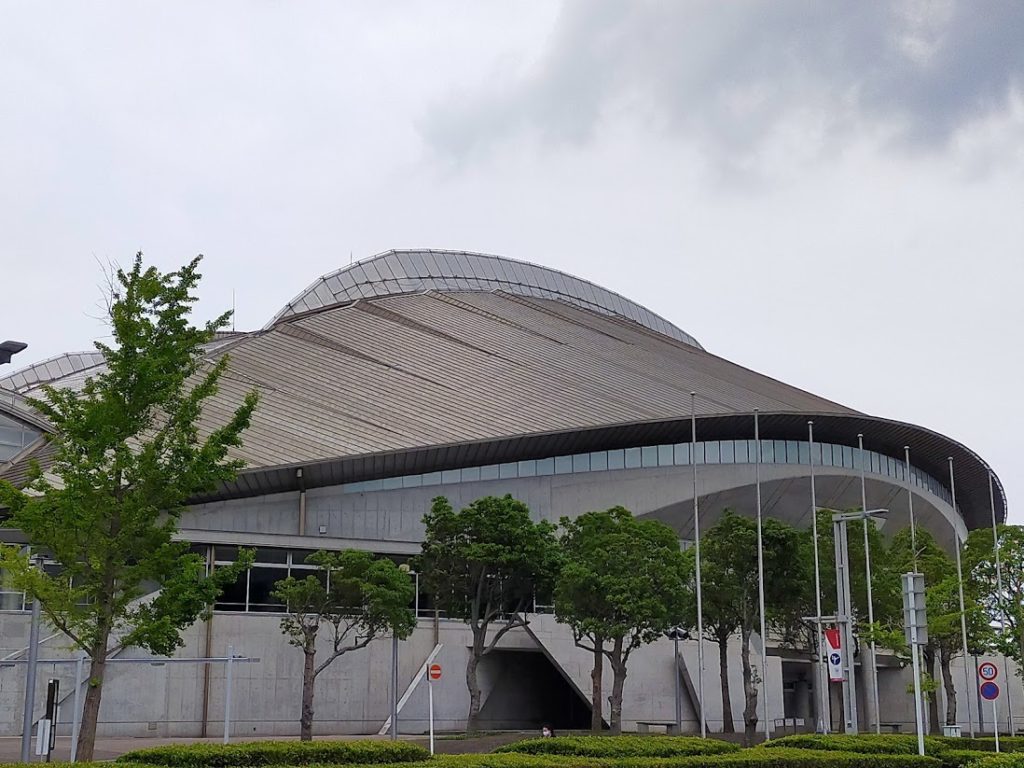 in image of Mountain

Hall 9 to 11 was constructed to be reminiscent of the Boso seacoast.
It’s comprised of concrete and a structural steel frame. and hosts many events like music, film, cars and more. 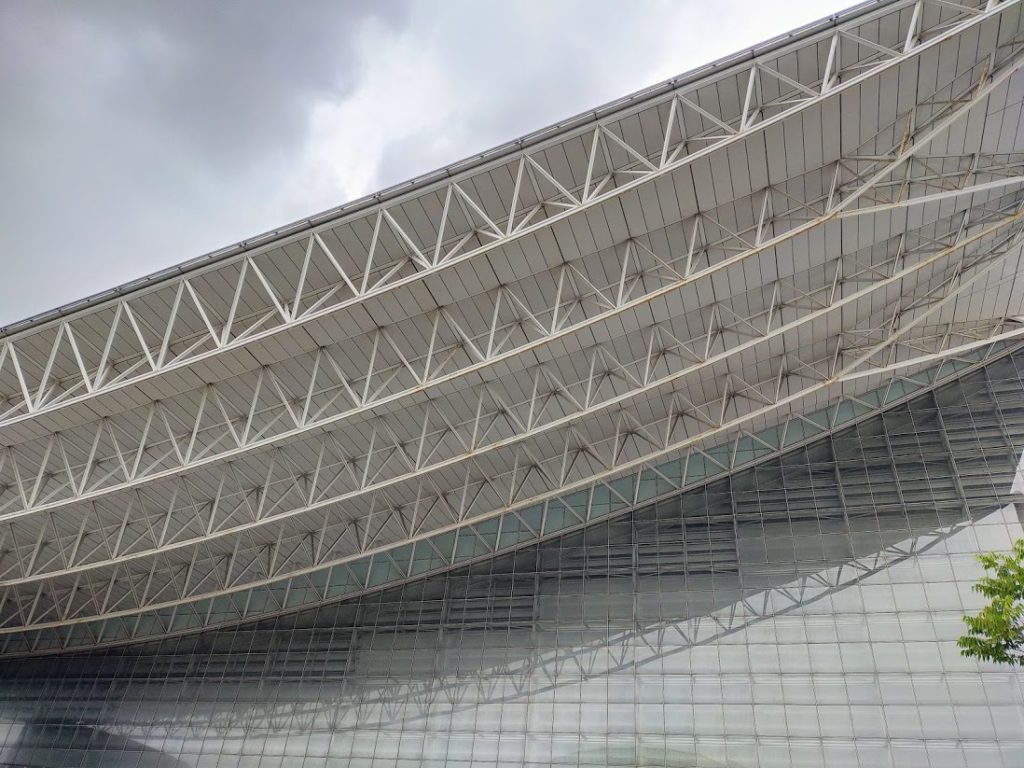 in image of sea wave 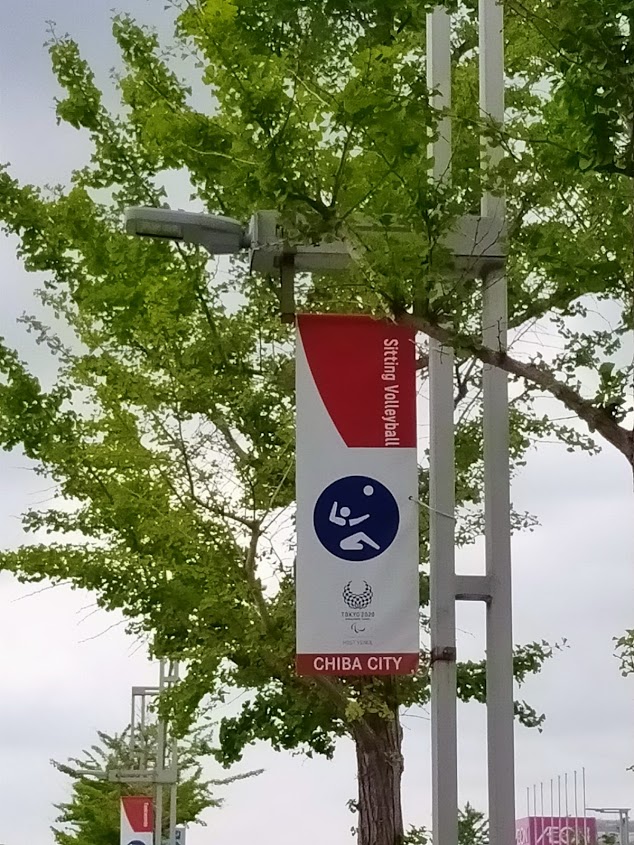