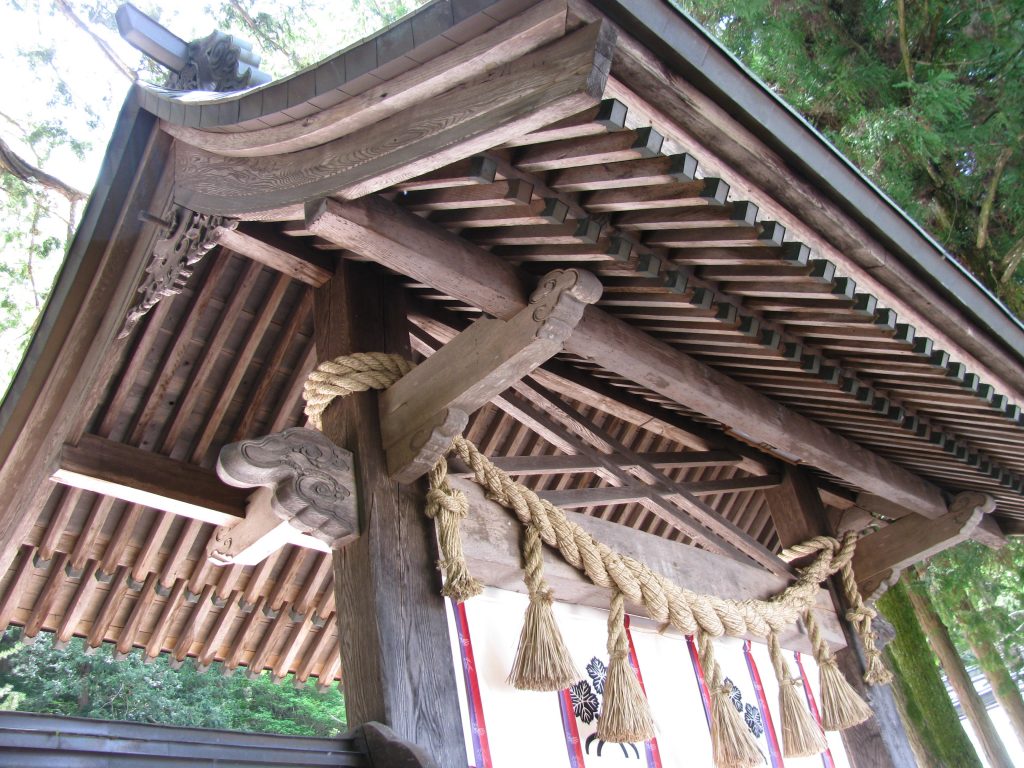 Shimenawa, sacred rope made of rice straw at Shinto shrines, Torii gates, trees and landmarks rock with ”Shide”, a kind of paper streamers are thought to be the boundary between the sacred and this world and to ward off diseases and evils.
When you see it around a tree or a rock, don’t cut down the tree because the spirit is believed to inhabit it. 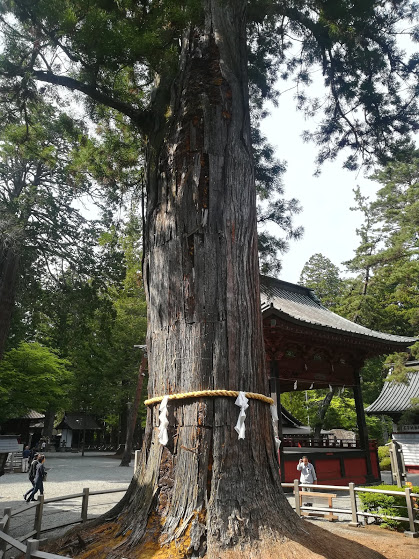 The highest rank of Sumo wrestlers are allowed to ware Yokozuna, shimenawa because Sumo was originally practiced as Shinto ritual for agricultural fertility in ancient times. 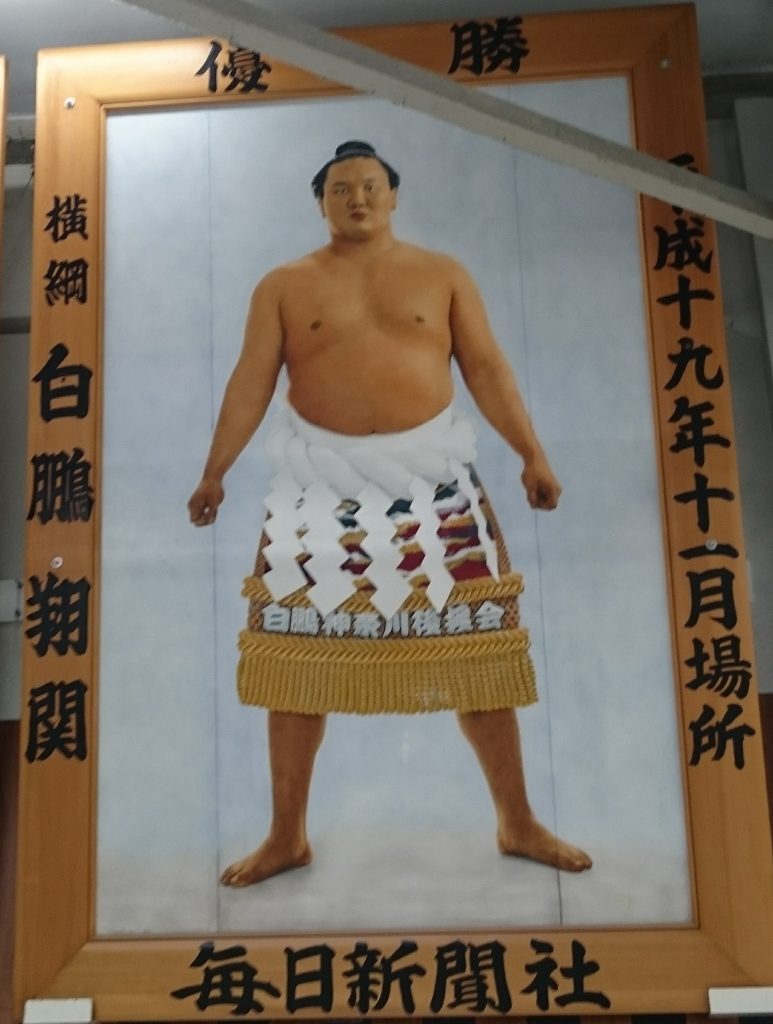 You may see Shime-kazari placed on the porch or the entrance door on the New Year’s days. It has the same role as the Shimenawa in Shinto shrines to keep the bad spirits away. 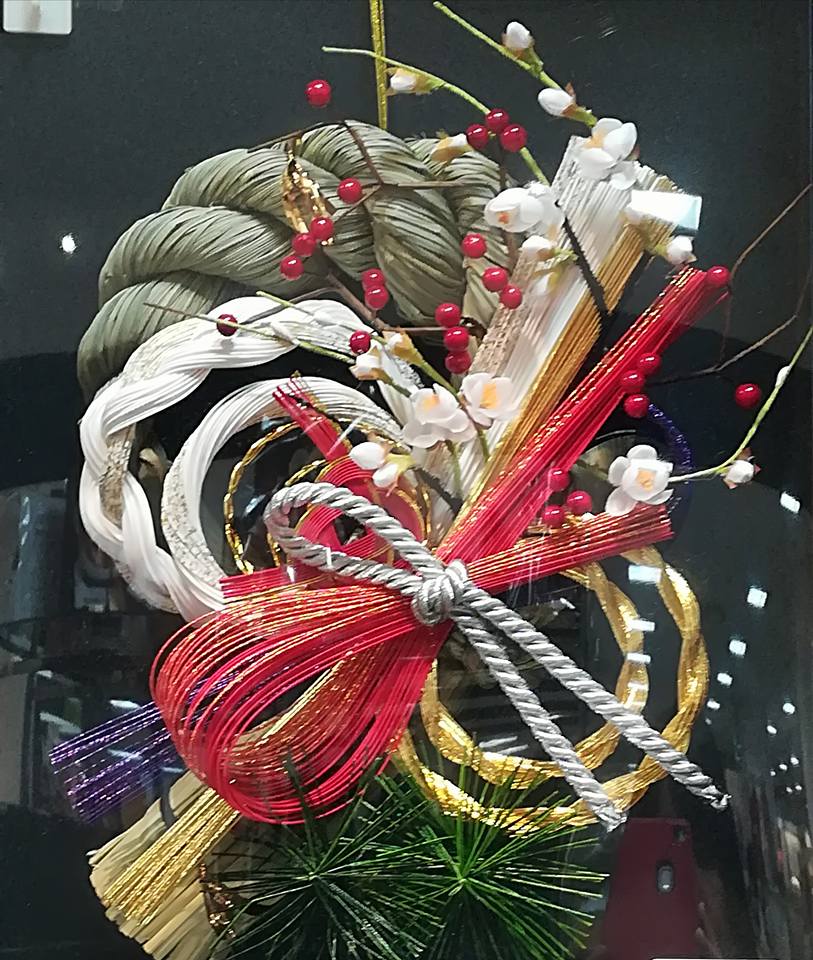 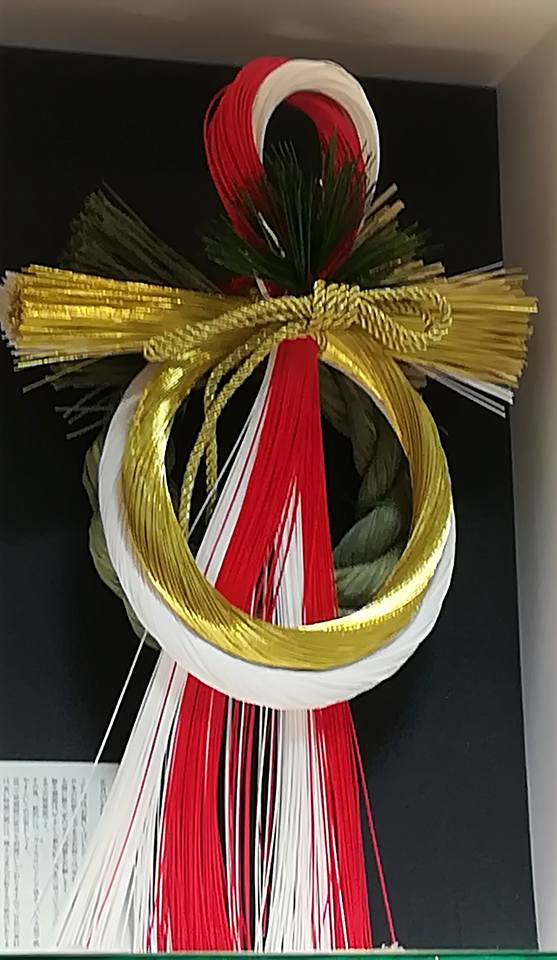