Opened in 1966, multi story mall has anime, manga and cosplay shops now. Even unless you are anime fan walking along Nakano Broadway must be fun.

Originally started in Edo era, Shopping arcade were lined with inns, restaurants and temples and shrines where many people passed thru and gathered. Now arcades are decreasing because of the lifestyle change all in Japan, but Nakano Broadway was revived as a mecca of subculture with opening of vintage shops of manga & anima like Mandarake.

Castilla, sponge cake is popular among tourists from overseas.

Koenji is the name of area where Koenji temple, Hikawa shrine and secondhand clothing stores are located.

Second hand clothing stores are popular among tourists from overseas.

Unique Geta shaped ema at Kisho shrine. The shrine is for meteorology where people visit to pray for good weather.
The people buy unique geta shaped Ema to write their wish.
Geta is japanese traditional foot ware and used to predict the weather by kicking up.
If Geta lands it will be sunny. If it faces down it will be rainy. ced up it will 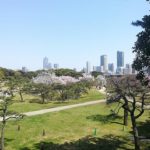 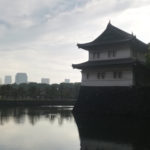