Sumo stadium was opened in 1985, 3 of 6 sumo tournament are held here in January, May and September.

Sumo, the oldest sport in Japan was originally practiced as a part of Shinto ritual for good harvest in ancient times. Professional wrestlers appeared in Edo period and matches were held to raise money to construct shrines and temples or the new bridge. In 1909 sumo was designated as the national sport.

In a Sumo match two wrestlers wearing only loincloths wrestle in 4.5meter diameter ring until one of them is pushed out or touches the ground with any part of body except the soles of his feet.  There are six tournaments lasting for 15 days every year ; January, May and September in Tokyo, March in Osaka, July in Nagoya and November in Fukuoka.

How much is their salary, do you think? The average annual salary of Sumo wrestlers is about 3million yen, $ 30 thousands. But the strongest grand champion sumo wrestler, called Yokozuna can earn 100 million yen, $ 1 million including the prize. There are sumo champion ranks such as yokozuna, oozeki and sekiwake and they promote or demote by the results of the previous tournament but Yokozuna has to be the strongest. The demotion means the retirement for Yokozuna.

Sumo wrestlers are very fat. They eat a lot, but they have meals only twice a day, lunch and dinner. They start training in the morning without breakfast, after the training they eat a lot and then take a nap. This is the most effective way to gain the weight and become strong. 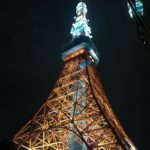 The Ultimate Guide | 18 Recommended Things To Do in Tokyo