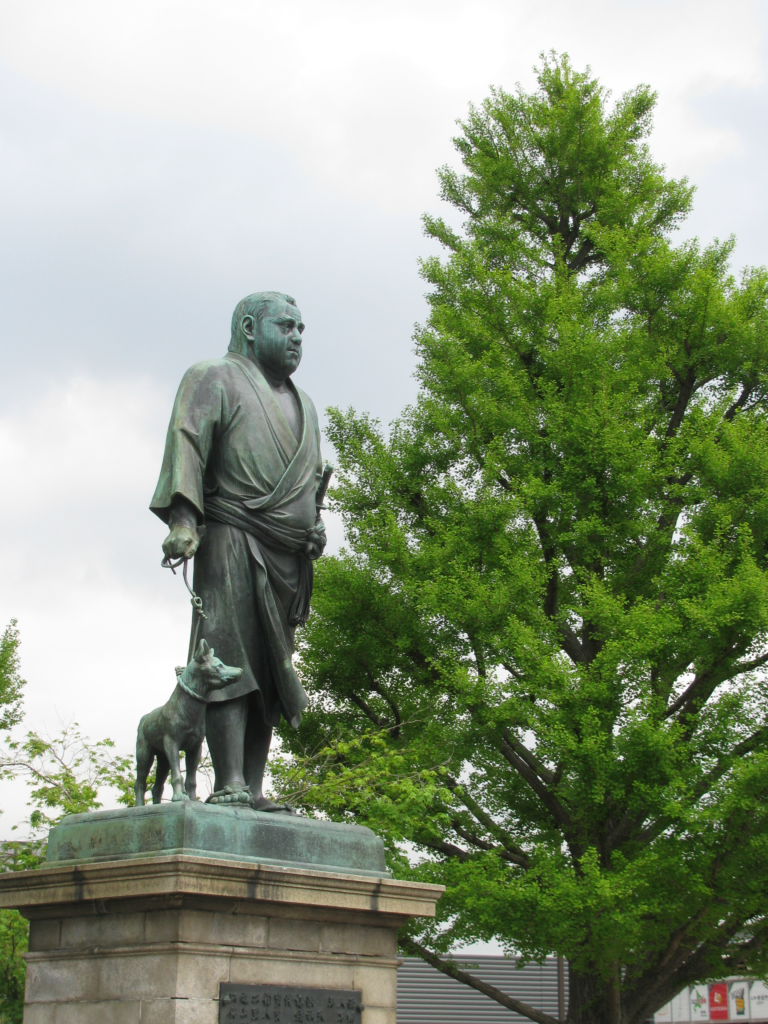 Statue of Saigo Takamori with his loyal dog

Ueno park is a large park known for the statue of Saigo Takamori standing at the park’s south entrance. He played an important role in Meiji Restoration and called the last Samurai. Covering 532,000 square meters, Ueno park is one of cherry blossom viewing site and includes Tokyo National Museum, National Museum of Western Art and Ueno zoo, the oldest zoo in Japan. 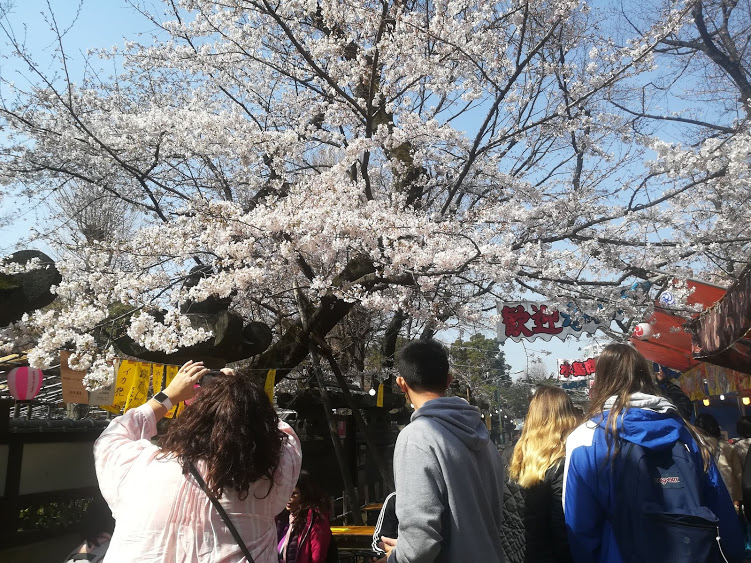 The park grounds were originally part of Kan-eiji temple, one of the city’s largest temples of Tokugawa family during Edo period. At Meiji Restoration in 1868 the temple was destroyed in a battle between the Meiji government and loyalists of the overthrown Shogunate. 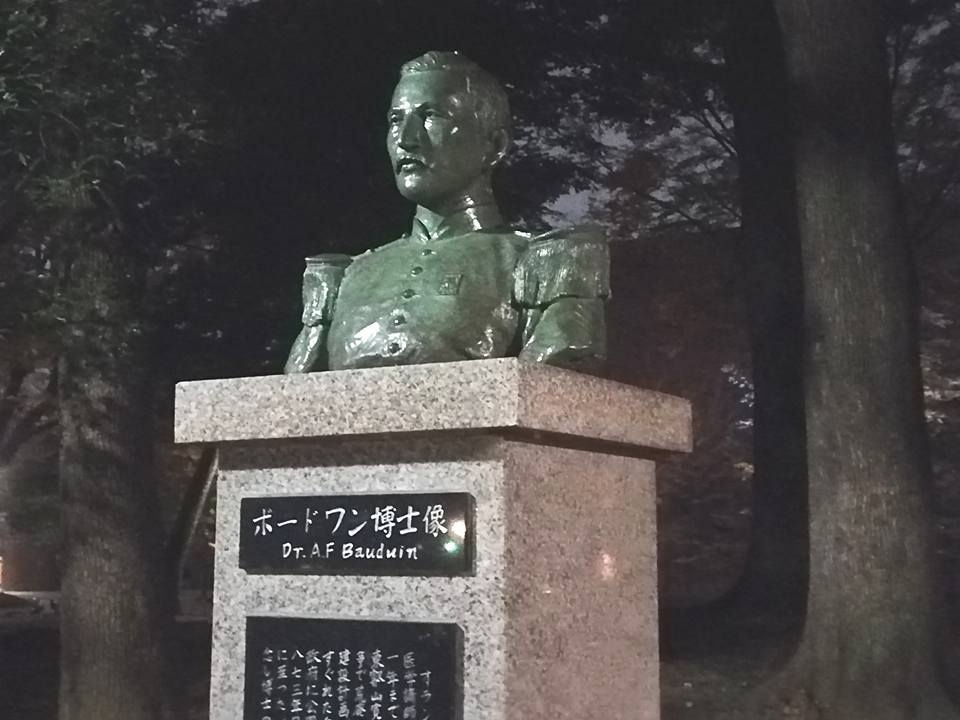 In the modernization of Japan the desolate temple grounds was later proposed to be a hospital. But Holland Doctor Bauduin insisted that the site should be opened to the public as a park since many modernized countries have the public park. 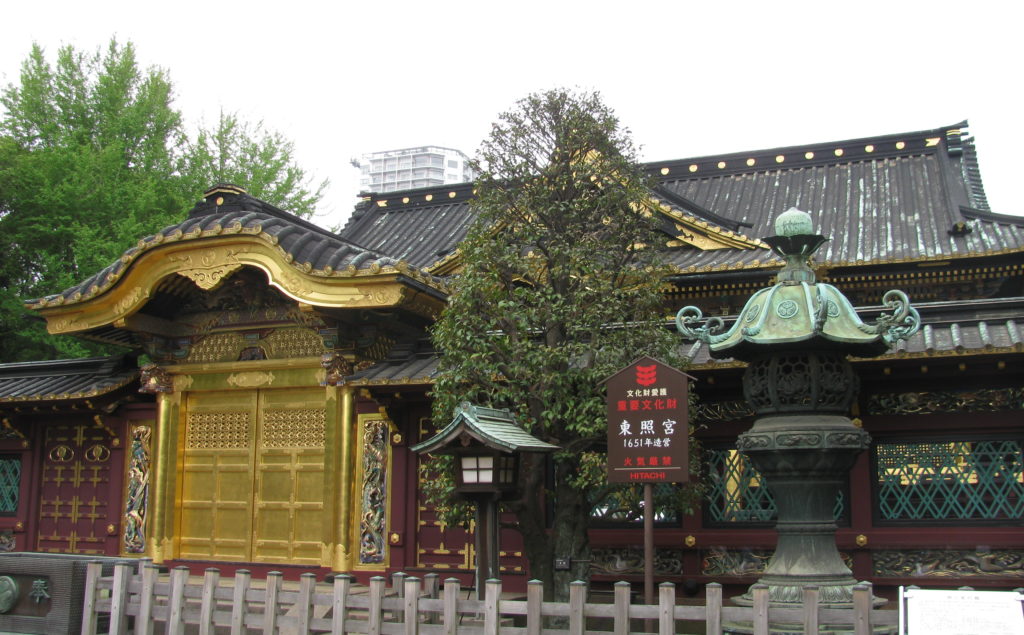 Dedicated to Tokugawa Ieyasu, the founder of Tokugawa Shogunate Ueno Toshogu shrine was built in 1651 and now is designated as a national important cultural property. Its interior called “Golden shrine” is closed to the public. 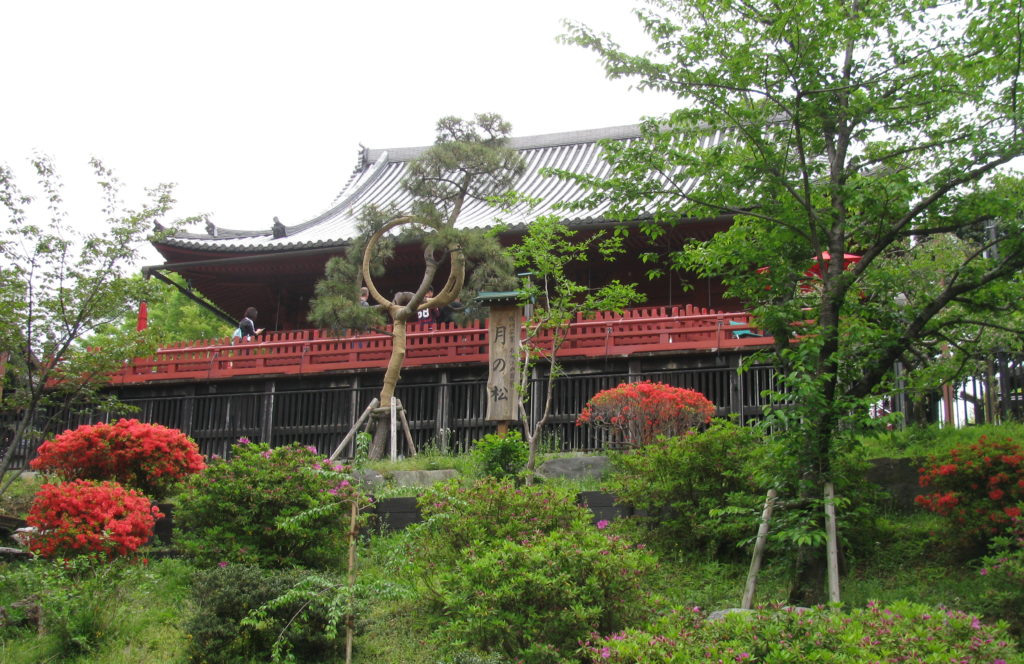 Modeled after Kiyomizu temple in Kyoto, Kiyomizu Kan-non Do was built in 1631 and survived the battle. 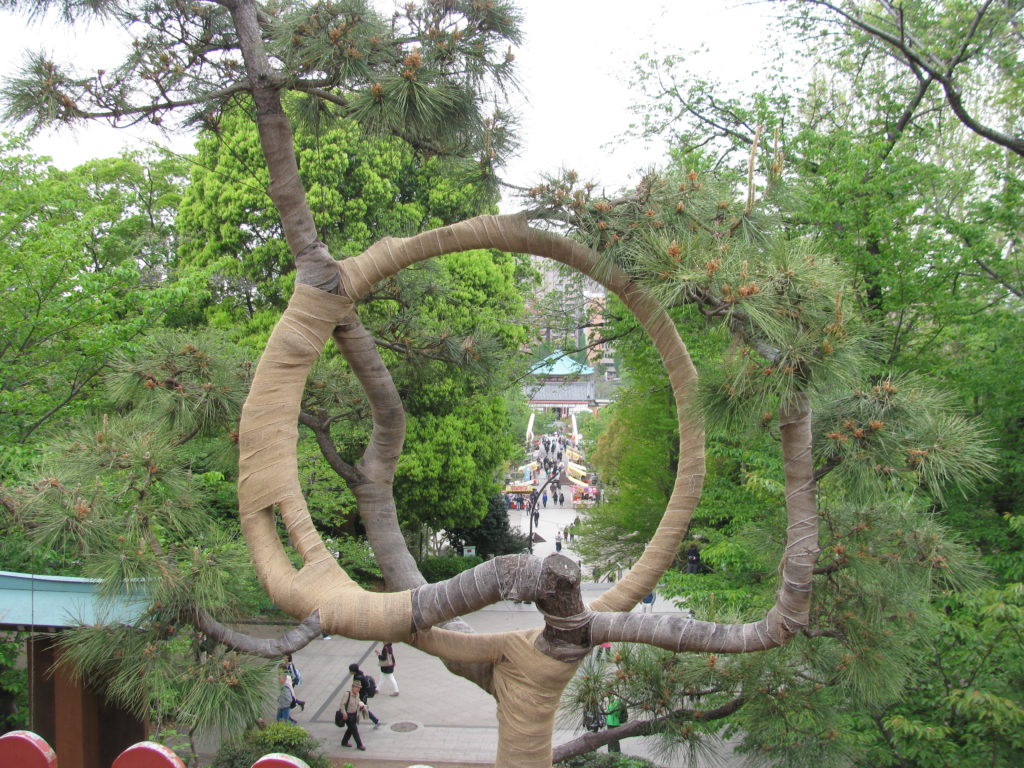 Tsuki no Matsu, Pine tree of the moon

Through the ring of Tsuki no Matsu we can see Bentendo standing in center of Shinobazu pond. Stand on the temple and enjoy the view as Shogun used to do in Edo period. 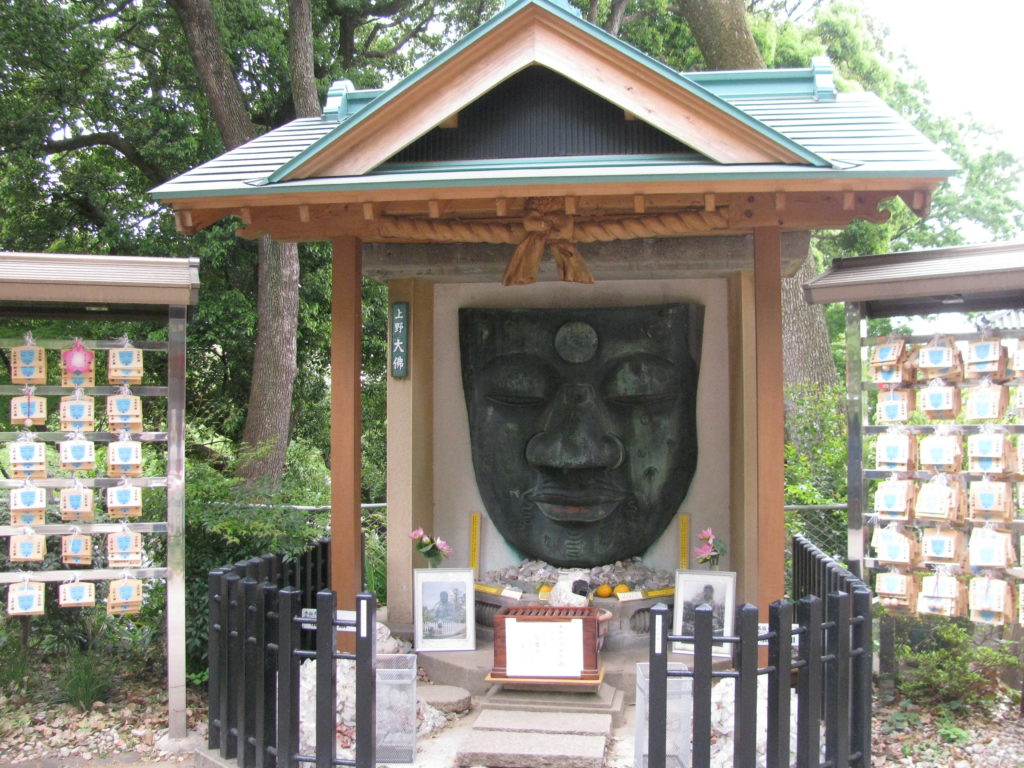 The other parts of Buddha statue were supplied as metal for the WWⅡ and only face remains. Many students visit here to pray for school success as the Buddha survived many difficulties. 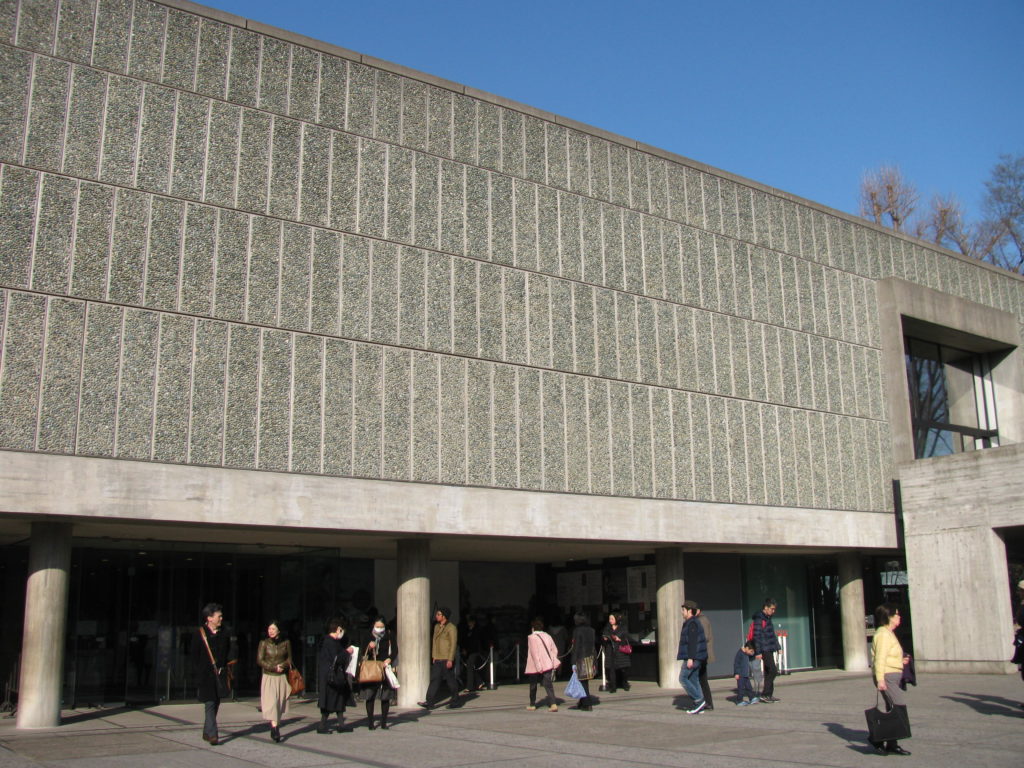 With over 110,000 items in its collection the Tokyo National Museum is Japan’s oldest museum. The museum includes Honkan, Toyokan and Hyokeikan. Designed by well known architects in japan, any of them could be a museum of its own. 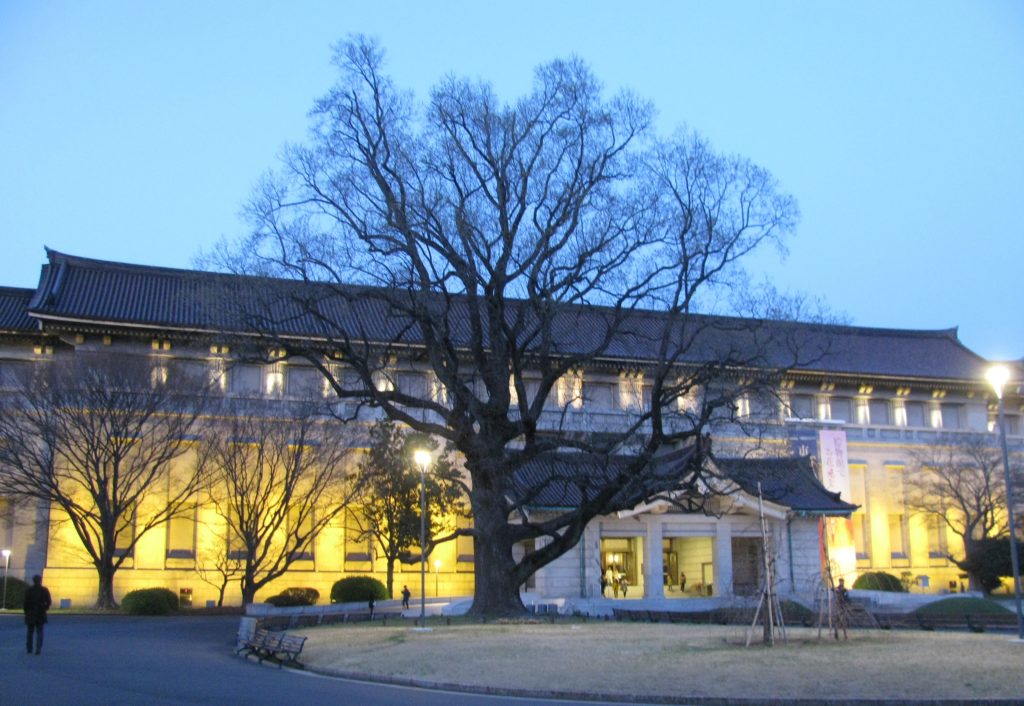 Designed in Emperor’s crown style by Watanabe Jin the Main Gallery was opened in 1938. It contains 23 exhibition rooms on two floors : “Highlights of Japanese Art” chronological exhibitions from 10,000 B.C. to the late 19th century on the second floor,
Exhibitions of each type of art, such as ceramics, swords, thematic exhibitions on the first floor.

Designed by Tanifuchi Yoshiro, Toyokan was built in 1968 and refurbished in 2013. The galleries feature art and artifacts from China, Korea, Southeast Asia, Central Asia, India and Egypt. 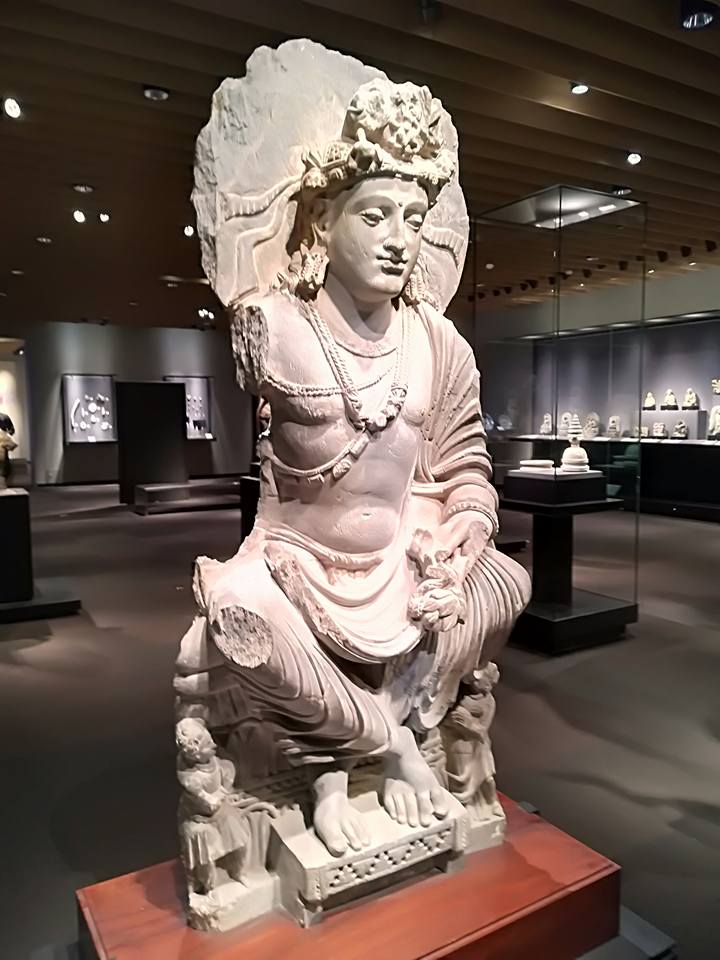 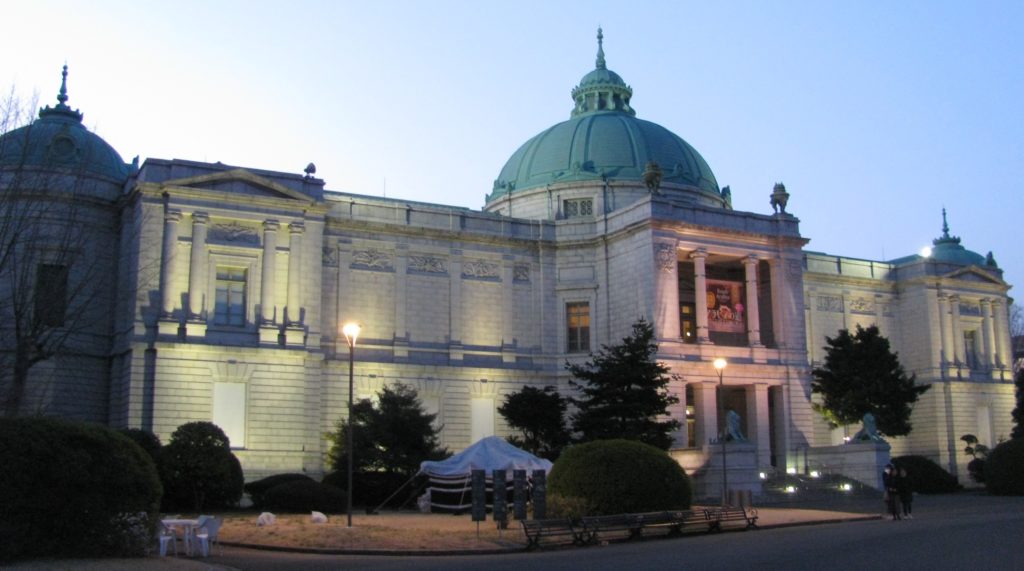 Built in honor of wedding of the Taisho crown prince Hyokei kan means “to express congratulations”. The building is designated an Important Cultural Property as a representative example of Western style architecture of the late Meiji period. 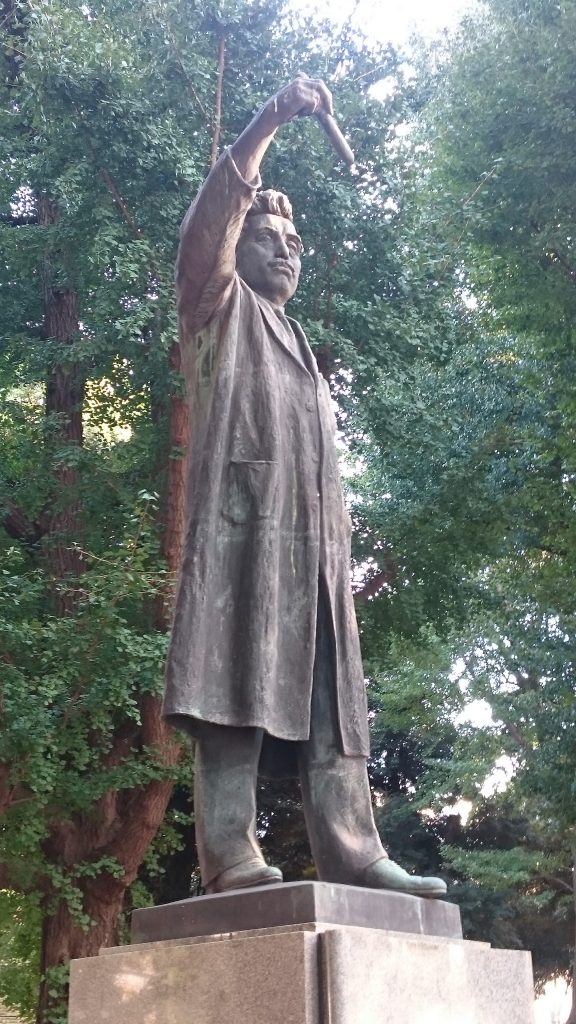 The statue of bacteriologist, Hideyo Noguchi stands in front of the National museum of Nature and Science in Ueno Park. 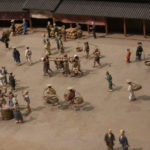